After much anticipation and an itch to get out on the water today was finally the day. Got out onto the bay at 9oclock and headed out to the reef off Carrum, was one of 3 boats here at this point. An hour later me and my mate had caught 4 small fatties and a small Barracuda. 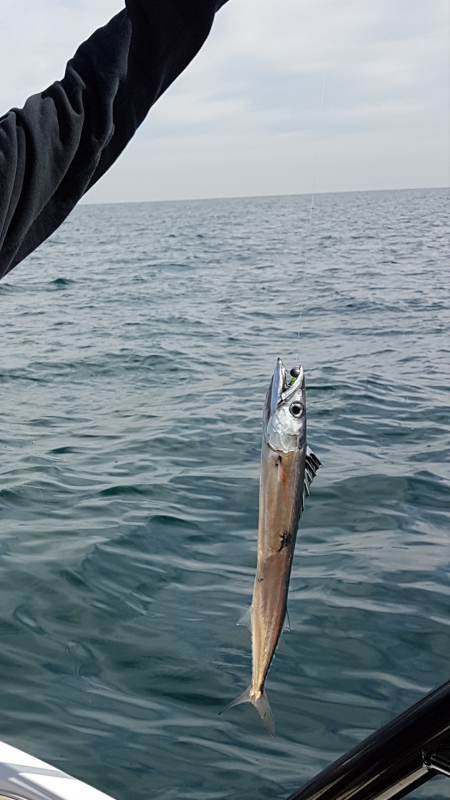 About half an hour later around 11am a rod buckles over, goes slack and then buckles over hard. I could hardly contain myself! Could it be my first ever Snapper? 2 minutes later had it in the boat after a solid fight. My mate and I were stoked and it was no small effort either. 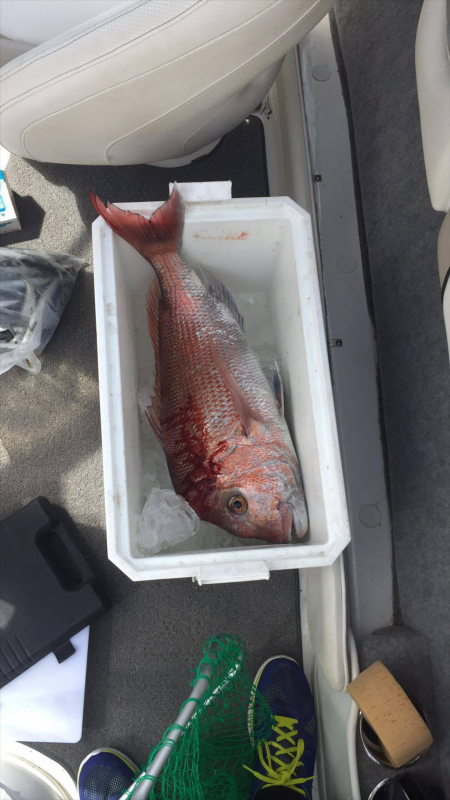 After some measurement and weighing it came in as 70cm and 4kg. I was stoked for my first Snapper!

Another hour and a half passed and after only catching another 5 small flatties and 2 banjos we decided it was time to move.

Moved to a new spot and after 30minutes of no action a rod buckled and we seemed to be on to another beauty, it pulled me towards the front of the boat, so after some manoeuvring I was up at the bow, hooked onto what seemed like perhaps a bigger model. We could hardly contain ourselves, my rod unfortunately snapped at this point but I wasn't bummed as i was too keen to see this fish and it was a very old rod. Another 2 minutes pass and I seemed to finally be making some progress on whatever id hooked, many runs and headshakes, I assumed a snapper. Very heavy fish, if my other one was 4kg I reckon this one couldve been 6+kg. Before we got to see any colour the line went slack, after inspection it seemed itd either been chewed through or run up against the reef. This was followed by much disappointment and disbelief from me and my mate. I was shattered! The one that got away! Oh well still had a great day and got a good story to tell. 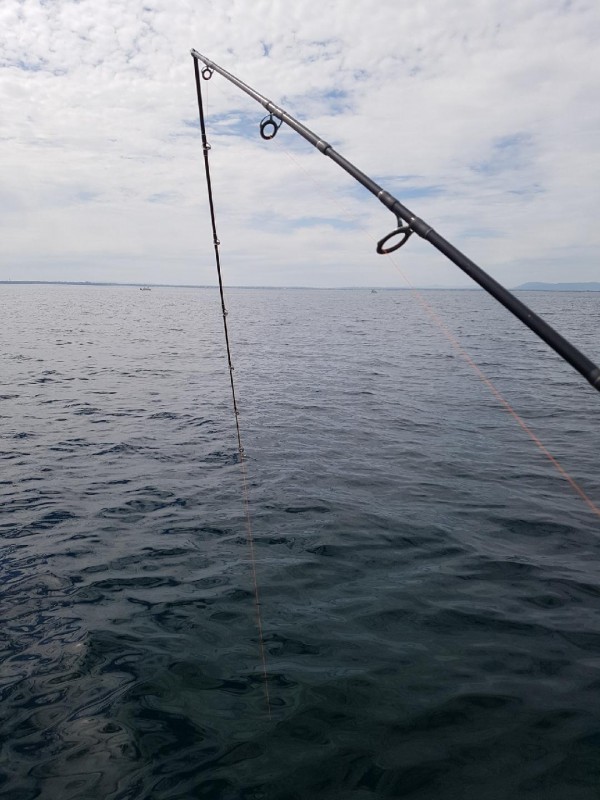 Finished up with a Snapper, 2 Banjo sharks, 8 Flatties and a baracouta/snook between us.
Overall a great day imo and was great to land my first Snapper.

:thumbsup:
Great fish .
Mate, the second fish that broke the rod was a shark?
Top

bowl wrote::thumbsup:
Great fish .
Mate, the second fish that broke the rod was a shark?

I have no idea as i didn't get it up enough to see any colour, it felt big and made me move around the boat for it. It was trying to hug the bottom/reefs for a long time so not sure. Your thoughts?
Top

Well done mate. That's a cracker fish.
Need to upgrade your gear now. Second one Could have possibly been a gummy shark
Cheers
Small Fish Specialist

Hopefully it's the first of many reds for you well done :cheers:
"Do good when you remember, and what you forget will be revealed to you; and do not surrender your mind to blind forgetfulness."
Top

Good report Hammy & a great first Snapper catch :thumbsup:
" For Evil to triumph, all that Good people have to do is - Nothing "
Top

purple5ive wrote:Well done mate. That's a cracker fish.
Need to upgrade your gear now. Second one Could have possibly been a gummy shark
Cheers

If so thats a bummer, wouldve loved some flake :tongue:
Top

purple5ive wrote:Well done mate. That's a cracker fish.
Need to upgrade your gear now. Second one Could have possibly been a gummy shark
Cheers

Also sucks cos all my other rods are ones I bought for port phillip/snapper, it just happened to take the one which was supposedly a "6-8kg rod". I guess it's an excuse to buy a new rod tho hmmmmm
Top

Great report mate and congrats on your first red!
It’s a beauty! Hope that’s the first of many to come for you :thumbsup:
Top

Return to “Chelsea to Frankston”