Being the first weekend after 25km restriction and regional border removed, my mate and I decided to go out for trout fishing outside metro.
Was expecting a lot of people so decided to go Sunday afternoon and we were right, saw so many cars driving back towards metro while we were driving out of metro. 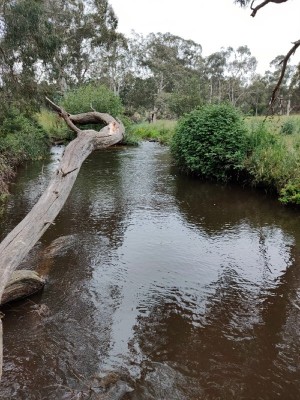 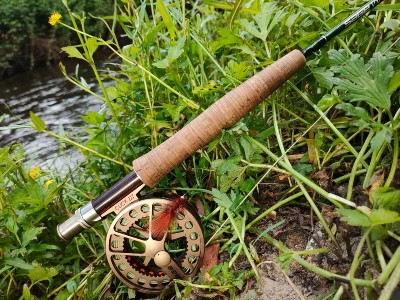 Following the foot steps of a wallaby, we were getting access to the water. With waders on. 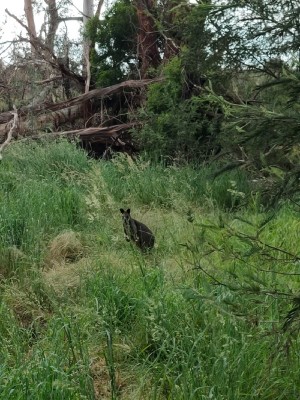 I started with dry-nymph setup. Fairly easy technique, just like drifting a maggot/worm under a float, with the dry fly as the indicator (float) and the nymph a foot or so under it. Just cast upstream to a likely spot to hold fish, let it drifting and repeat. Cast to a bubble trail is the best.

Most of time trout eats nymph, but not this day. My mate then got a follow and nearly hooked one right on his feet on Dr minnow. So I changed to brown woolly bugger.

Not much different to lure fishing, cast woolly bugger upstream and across (sorta 45°) and strip retrieve back with the drift all the way to the feet.
Not long til I also got few follows, lookers and taps.
With lures, cast upstream/downstream across and either straight wind retrieve or twitch wind with occasional pause. The pause can sometimes turn the lookers to hitters.

We both got lot of follows, lookers and turns. Missed a few too, they were hitting the rear shy-ly (is that even a word?), not a lot of hookups. It's cool to see though (through polarised sun glasses).

Most of them were young browns still with par marks on them (means they haven't spawned yet). And if I'm not mistaken, the rivers in yarra valley don't get stocked, they're all natural recruitments, self sustaining trout population. So it's best and recommended to release them.

Landed some, missed and lost a few. My mate caught a decent one minutes before we had to pack up. 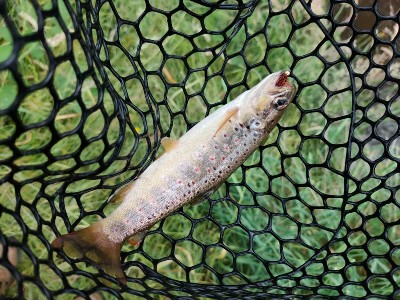 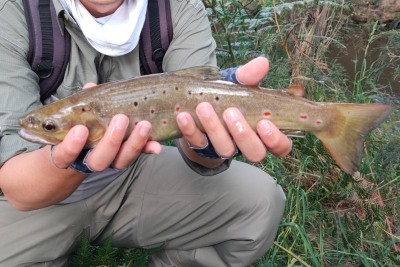 Nice report and pics - I've had a few ripped waders and close calls for injuries from falling working thru Bush and streams.

Return to “Other Victorian Fishing Reports”