After promising to take a good mate of mine out on the kayaks I finally managed to get him out on the Bay this morning. The target species was flathead, easy to catch, tasty, and very accessible. So we set off, the kayaks were on top of each other on the trolley- not very sturdy but it had never been an issue before. As I went round a corner on the wooden platform leading to the beach the kayak clipped the side and subsequently flipped upside down, tackle flew out of boxes, rods crushed under kayaks, and sinkers rolled under the board walk. We quickly packed the kayaks back on to the trolley and finished the journey to the beach. As I was setting up my rod before I launched I noticed the handle on my Stradic fl 3000, wasn’t turning. On further inspection I noticed that the spool itself was diagonal, I took the spool off and quickly realised the severity of what had happened. The whole shaft was bent....NOOOO! Really not what I would call ideal, the kayak had obviously crushed it on impact. I did my best to improve the situation by utilising my primal instinct to bend it back, which slightly helped but the reel was still unusable. Now utterly despondent I tried to keep positive and continued with the task of getting my mate onto a few fish. So I started setting up the sounder after the battery had fallen out only to realise that the negative terminal on my 12v had snapped off. Yet again, far from ideal. No sounder I guess. So we finally headed out, not exactly sure what depth because....well, NO BATTERY! We started drifting and soon had a few bites, and after a few pinkies and small flathead I hooked something a little more substantial, it was heavy and had a few decent lunges, when I got it to the kayak I realised it was a good sized flathead. After a heart breaking incident a few weeks prior where I tried the “boat flip” technique causing my line to snap before painfully watching my biggest flathead calmly swim away. So fully aware of the spiky nature of flathead I grabbed it behind the neck, instantly the gill spikes slid into my hand, the flathead was shaking and it just managed to flip into the back of my kayak. Before it had even landed the jig fell out so I grabbed it firmly by the lip and instantly forgot about the damage to the reel and battery. I measured it, 44cm of beautiful bluespot flathead! Into the ice bag it went, destined for my mates dinner. Soon my mate hooked something decent, his face enlivened with joy soon to be thwarted by his rod snapping. He seemed to be more bothered about losing the fish. Anyway, the flathead kept coming, none of which were close to the big one but they were all 30-35cm. I was very happy to see how excited my mate was after he caught a few fish and glad to give him this opportunity. Later in the day I hooked something strange, it didn’t fight whatsoever and so I hauled it to the surface. To my surprise it was a red mullet, my first for this area and my favourite tasting fish. I continued to fish until my sienna started acting up, it would stop once or twice at specific points in the rotation, I think it’s a broken bearing but not entirely sure. Anyway, I continued to fish, now down to one rod yet I still managed to catch a few fish. We also managed banjos and some small salmon which were both new species for him. By the end of the day we had a good bag of fish and plenty for him to take home. It was painful to give away the red mullet but I just hope he enjoys them as much as I do. He ended up having a great time and took home a feed to his family. All in all a really good day and the memories made are worth far more than the reels and battery. An interesting part of the day is that all legal fish were caught on soft plastic, we both fished two rods for most of the day, one with bait and the other with a soft plastic and no keepable fish were caught on bait. Hope these reports aren’t too long, I just feel the need to add every detail.
Cheers! 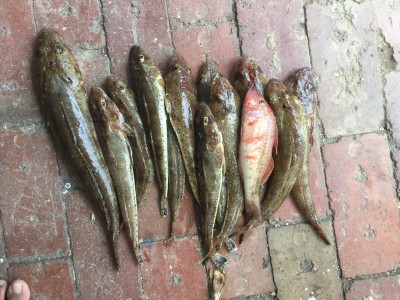 Sorry about your reel and battery, but like you said, the great memories is worth more than a reel and a battery.
Good on you to take your mate, he must be stoked

Keep the reports coming Irish, you’re definitely getting out amongst it mate. Some new tackle coming up by the sounds of it!
Top

Well done Irish amazed you stayed positive considering the mishaps. Team CBFT would have probably packed up and went home
Team CBFt does it again...
Top

Cheers guys it’s definitely all worth it for the experience, and now I have an excuse to buy some new gear.
Top

Irishfisherman wrote: ↑
Thu Jan 14, 2021 12:40 pm
Cheers guys it’s definitely all worth it for the experience, and now I have an excuse to buy some new gear.

Hehe
I feel you, I can always come up with a good excuse to buy fishing stuff

good job man getting you mate onto some fish.
but there a reason i hate catching flathead, and thats just exactly what happened to you hahaha..
shame about the reels, hopefully you can get them fixed properly ad back in action soon.
Small Fish Specialist

Despite the hiccups with the battery & problems with the reel, it's nice to see you finished up with a good feed,, top report too...

purple5ive wrote: ↑
Thu Jan 14, 2021 3:09 pm
good job man getting you mate onto some fish.
but there a reason i hate catching flathead, and thats just exactly what happened to you hahaha..
shame about the reels, hopefully you can get them fixed properly ad back in action soon.

Thanks mate. They can be very spiky but in my opinion it’s a worthwhile compromise, if you take the precautions of bringing a net and a towel you can safely get a feed but it can still be a hassle.
Top

These are good for dealing with them: 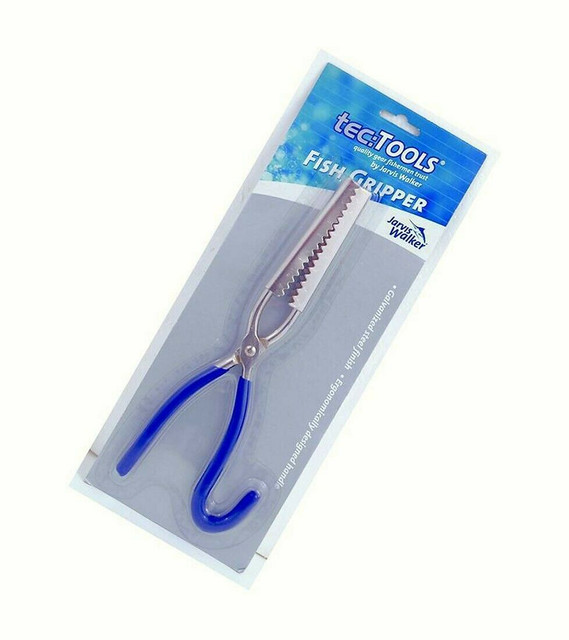