This is a report from a couple of nights ago.

With favourable light winds forecast for the evening my friend and I decided to go back and fish the spot we fished from a couple of weeks ago where we had some luck with some nice snappers and gummies.

When we arrived, we were glad to see that the wind forecast was correct, and quickly started to get ready.

Armed with fresh pilchards and 2 packets of Saury, we set up 2 rods each, mine with double 4/0 Gamagastu suicide hooks and my mate with double 5/0 hooks. 1 rod a whole pilchard and the other with half a saury.

Casted them out and all baits were in the water by around 7pm.
It really didn’t take long before we had our first hook up and straight after mine so did he. A double hook up! Both nice size pinkies. A couple of chunky ones in the high 40s!
Great start!!!

Next my mate was onto something much bigger and after about a 20 minute fight we saw it was a big ray and so he just locked the drag and ping it was gone.

After it got dark, right in front of us my friend spotted a nice size squid. I hand him over the landing net and after a few attempts he gets it in the net! Wooooohooooo fresh bait!

So for the next cast we put half a fresh squid head on each of our rods and it didn’t take long and we both hook up again. This time a nice snapper in the low 50s and a nice size gummy on the other.
This time neither of us wanted the gummy so I let it go to fight another day and kept the snapper.

Then I spot a nice garfish swimming near by. Might have been attracted by my bright headlight. We scoop him in the net and use him for fresh bait as well, using the whole gar which also converted into a nice pinkie in the mid 40s.

After a couple of hours we had a feeling we had or was close to our limit of snapper in the 40+ category. A quick count and we had 5 over 40, of which a couple were just over 50. My mate says 1 more to go!
Pretty much the next cast my friend hooks up again and I look at the rod tip and he asks me if I think it’s over 40. I replied yes and it turned out to be 44

So that’s it we are done, we caught a couple more in the mid to high 30s which we kept.

After that it was just catch and release. We caught and released a few more 40+ models and then we called it a night.

We were both very happy to have bagged out in the large size. It had been awhile

Was a top night, very calm and a beautiful night. 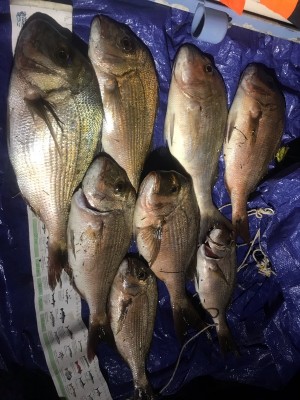 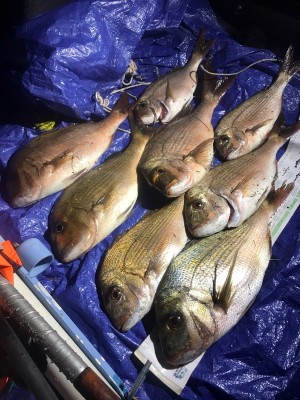 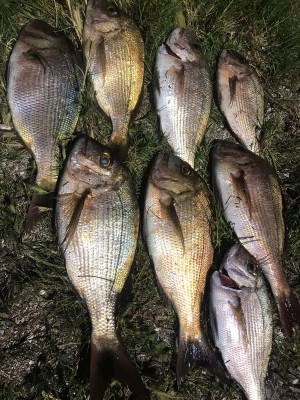 Great effort LB! Well done.
You were lucky catching the fresh bait. Sometimes it can make all the difference.
Top

What a great session mate. No one have caught they first snapper of the season but you and some other member well done.
Keeping going, Keeping fighting, Keeping fishing, Keeping do your best.
Top

Great time out with ya mate and there is nothing, absolutely nothing that has as broad a "jealousy" appeal as land based Snapper, especially a fine looking catch like you guys got. 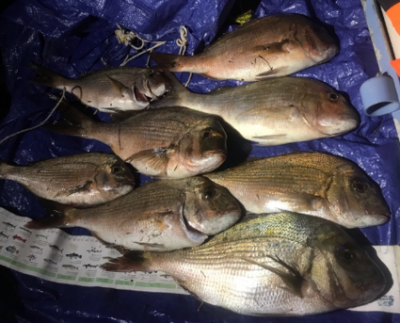 I noticed in your report, that anything that came by (like the squid and the Garfish) you guys swooped it up and put a hook in it and cast it out , , , , on that, if I happened to be there, I would wave at a distance, wouldn't want to be swooped up and have a double 4/0 Gamagastu suicide hook stuck in me

On your handsome looking Snapper, the varied sizes has given me an idea. 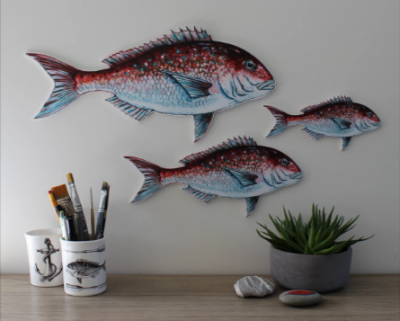 If your wife complains about the smell after a few days, my suggestion is to sing this song


And then, if your wife has it in for me, then I can blame it on the Jacks

Win win for everyone

"Do good when you remember, and what you forget will be revealed to you; and do not surrender your mind to blind forgetfulness."
Top

Thanks guys!!!
I appreciate the comments

Robbie- yea it’s been great landbased! Hopefully I can do some damage from the boat next month

talking about the reds, have you had any luck yet?
Cheers

Return to “Melbourne Land Based Fishing”