Fishers in Lakes Entrance now have a bigger, safer spot to wet a line thanks to an upgrade of Reeve Landing Jetty on Bullock Island.

“Works were undertaken by Gippsland Ports, which has added a 6x4 metre extension to provide more space for fishers targeting the local bream, crabs and Australian salmon,” Mr Dowling said.

Other features include new handrails and a non-slip base to increase safety.

A trio of seats will be installed in coming weeks.

The draft plan outlines six steps to enhance the health of the fishery, including fish stocking, proposed changes to bag and size limits for black bream and improved fish habitat and waterway health.

Removing commercial netting is also a key part of the plan and was achieved in April this year, 12 months ahead of schedule, delivering on a key commitment of the State Government’s $35 million Target One Million plan.

The VFA is encouraging fishers to read more about the draft plan and provide feedback during the consultation phase, which runs until October 28, 2020. The draft plan and more details are available at vfa.vic.gov.au/gippslandlakes 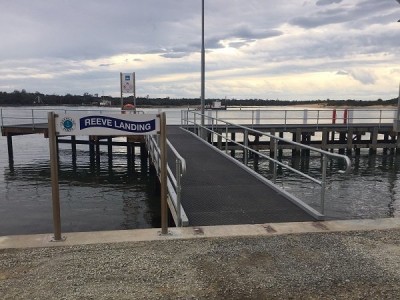