Victorian Fisheries Authority (VFA) CEO Travis Dowling said sand flathead are a popular ‘bread and butter’ species because they are easy to catch and delicious on the dinner table.

“For many Victorians, sand flathead were the first fish they ever caught so this big spawning event in the bay is wonderful news that will resonate with lots of people, young and old,” Mr Dowling said.

“The VFA monitors annual spawning success for several fish species because it has a major influence on the performance of our marine fisheries.

“Surveys in Port Phillip predominantly target snapper and King George whiting however they also provide an indicator for sand flathead.

“On the back of a moderately successful spawning event in 2013, sand flathead stocks have begun to rebuild, and this should continue for the foreseeable future thanks to the strong 2021 year-class.”

“The news does not concern fisheries managers because the western snapper stock, which includes Port Phillip snapper, had a record spawning event in 2018 and this cohort is just beginning to reach the legal minimum length of 28cm, which will bolster the fishery for years to come.”

Mr Dowling said the State Government had removed ninety per cent of commercial netting effort in Port Phillip already and the entire bay would become completely net free by next April.

“That means more fish than ever for recreational fishers to enjoy in Victoria’s biggest fishery.” 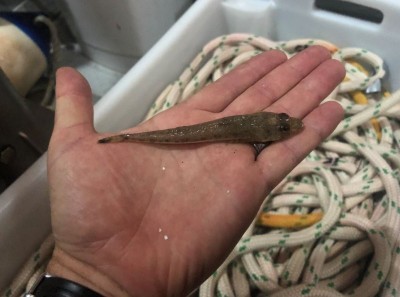