MORE COD FISHING ON THE WAY IN VICTORIA’S WEST


Recreational fishers are being encouraged to have their say on a proposal to improve freshwater fishing opportunities by removing the three-month closed season for Murray cod in all waters of the Wimmera and Millicent basins, excluding the Wimmera River.

“All these lakes are stocked, and natural breeding of Murray cod is typically low, so it doesn’t make sense to have a closed season that unnecessarily limits fishing,” Mr Dowling said.

“The Wimmera and Millicent basins are outside of the natural range of the species and more than two million Murray cod have been stocked into their waters since 2000. A further 600,000 Murray cod will be stocked there next summer.

“Lifting the closed season would also shift fishing pressure from rivers where Murray cod naturally breed and allow them to ‘have a rest when they’re on the nest’, consistent with our ‘Care for Cod’ campaign. It would also provide a valuable boost to regional businesses that depend on tourism.

“While the Wimmera River is outside Murray cod’s natural range, feedback from fishers suggests the species is more likely to breed there and should be afforded the extra protection of a closed season.

“Removing the closed season for Murray cod at Lake Eildon in 2015 had been a huge success and provided keen cod fishers with a destination during September, October, and November each year when other cod waters are closed.

“We believe a similar opportunity exists in these two basins and are keen to hear from fishers.

“The proposal was first suggested by VRFish, the representative body for recreational fishers in Victoria, and has since been supported by the Murray Cod Fisher Reference Group.”

Chair of VRFish, Rob Loats, said the removal of the Murray cod season in the Wimmera and Millicent basins would provide year-round fishing opportunities for the species, which is better for everyone.

For more information visit www.vfa.vic.gov.au/bettercod or email your feedback to haveyoursay@vfa.vic.gov.au by Sunday 28 March 2021. 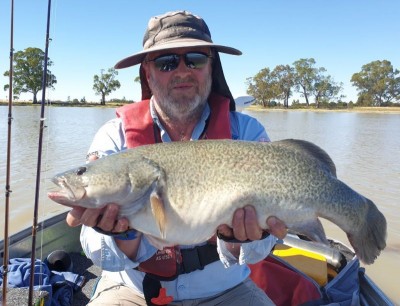