The Lows & Highs of Trout Fishing...

The Lows & Highs of Trout Fishing...

The lows & highs of trout fishing..

It's been a week since my last spin session so today I thought I would give the Meander River another chance of giving up a few trout. The weather when I left was quite reasonable with N/NWesterly breeze at around 15 kph and there was quite a bit of cloud cover too which is how I like it. We had reasonable few showers of rain a few days ago so if the river doesn't give up any fish I new I could always fish Western Creek. I was at the river edge by 9:50 am and it was at the ideal wading height and running very clear, my lure of choice was the Aglia Furia. As I entered the river I spooked a medium size brown which gave me some confidence there may finally be a few trout around today. 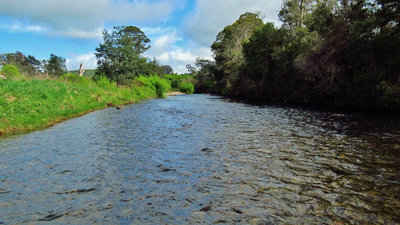 It took me thirty five minutes before I had my first solid hit but the fish missed taking the spinner. I fished on upstream for at well over four hundred through some beautiful looking trout water without having a single follow. So far the spin session has been a real low for me with having just the one hit and miss over an hour in the river. I had made my mind up to fish two more stretches of river before heading back to the car going to Western Creek. I felt I had to try something different with the lures so I changed the larger #1 Furia for a small gold #00 Aglia spinner, one that I had placed a black fury sticker on the spinner blade. 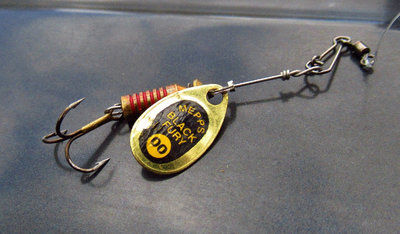 
This is when the spin session turned around for the better, the following stretch of river gave up four medium size browns in nine casts. That's trout fishing for you, nothing for well over one & a half hours then bang! four fish taken so fast in the one stretch of water, talk about lows & highs. If fished on for another forty minutes without another sign of a trout, those four fish where it for the Meander River. So it was off to the creek to see if it would give up a few trout.. 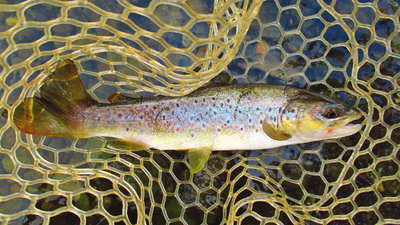 First of four in quick time. 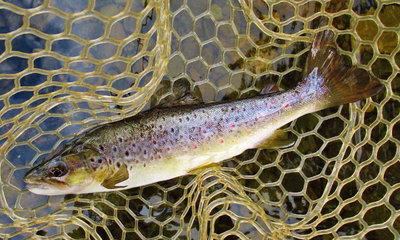 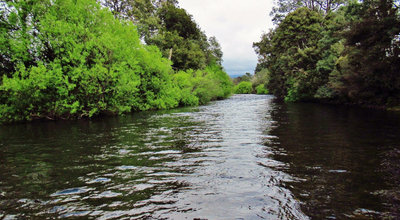 Four trout taken in this stretch of river..


Once at the creek I could see the water level was up by around six inches from what it was on my previous trip which was good to see. I started fishing the creek with the same set up that I finished with in the river and had a couple of follows in no time at all but no takers. I decided to stay with the gold #00 Aglia and see if that would draw the attention of a trout or two here as well. As I walked along the river bank to where I could enter the creek I looked down over a steep bank and spotted a small brown dart off. I though a quick flick from here may be worth a shot at picking up a small brown to start off the session here. As I started the retrieve I thought, I hope I don't hook into a large fish here because if I do there's no way I can net it from eight feet up. No sooner had I thought this when the lure was smashed by a solid brown that starting playing merry hell with me.. I didn't have full control over the fish from where I was, some how I had to make my way down the steep embankment to the creek. While keeping the line tight and still fighting the trout I managed to get down close to the water when I hit a wet patch of clay. As soon as I hit the clay I was down on my butt & in the river in no time at all. I hit the water feet first and managed to stay upright while still playing the trout, thankfully the water was was only a couple of feet deep where I went in. 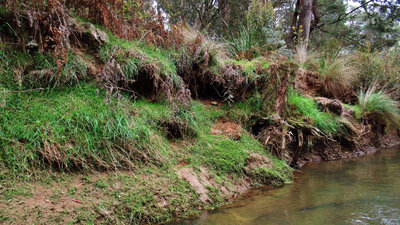 The skid marks on the river creek bank was my fast entry point.. 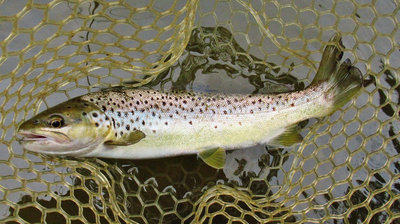 Well worth the quick entry to land this 560 gram brown.. 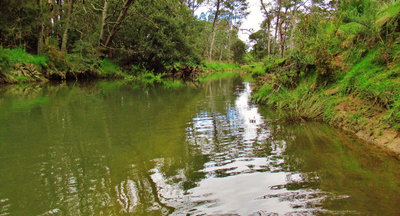 The stretch of water that held the 560 gram brown


After a short tough battle the brown it tired and I was able to slip the net under it, once in it the lure came away from the fish. I gave myself a high five, it was great start to the spin session in the creek with a nice 560 gram brown. Yes, I know it wasn't a big fish but when one's fishing with thin four pound mono and gets onto a fish from eight feet up, nine times out of ten it ends in disaster. After a check of the small trebles and a quick straitening of one of the hooks I continued fishing my way upstream. It went quiet for a short time before I caught and released three more trout in one small stretch of water. With four trout caught here in the first twenty five minutes I was on a high. The following hour and ten minutes I only had the on hook up from a small brown that spat the lure. The creek was the opposite to the river, it started off on a high and finished with a low. . Talk about lows & highs, highs & lows in the one day, I had them both.. 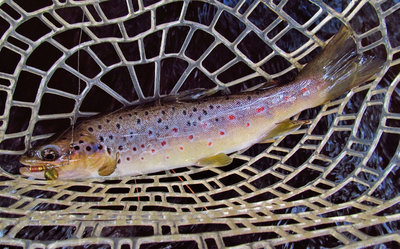 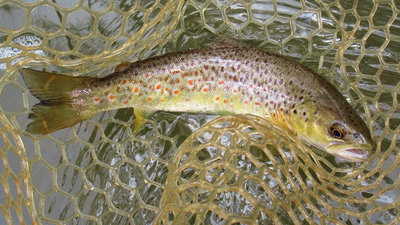 The last one taken in the creek.

Love reading your reports. Almost makes me want to move to Tassie. Alas i am moving back to Coffs Harbour on Monday. Can't say I will miss Melbourne as it's a rat race. Going back for the lifestyle. Oh and the fishing! :banana:
Top

Thanks guys, glad you enjoyed the report..
it's been a tough season so far.. the session wasn't looking all that good to start with, it ended with a fair result which was good..

I love that river

I love that river

It is a great river BM, just a shame the trout are very scarce in it this season.. hopefully it will pick up soon.. :fish22: