Finally after a week of strong gale force winds today was perfect, hardly a breath of wind and clear skies with a maximum temperature of around 19 degrees. So today I headed of to the Mersey River for a spin session seeing as it's been quite some time I fished one of the larger trout waters. Going by last seasons diary the area I'm heading to fishes well at this time of year. Last season I caught & released twelve browns and one rainbow trout as well as hooking and losing fourteen others, another reason to head there. On my arrival I could see the river was running at a safe wading level and very clear which meant I would be using the darker coloured spinners today. Seeing as I had a #1 Aglia Furia already on the trout rod from a previous trip I started off (8:05am) using it in a deep stretch of medium flowing water. It didn't take long (8:16am) before I had my first strike and hookup on the Furia at the head water, a nice well conditioned 410 gram brown to start the session off. The following long run of medium/fast water was one that normally gives up a fish or two never gave a yelp, not a sign of a trout in it at all. Once I reached the top end of it I was into the full on fast water and that's when I went for a change of spinner. Seeing as there were a lot of duns hovering above the water I went for the #0 (2.5gm) Stone Fly Bug spinner, a black lure that does well on the trout in clear water. 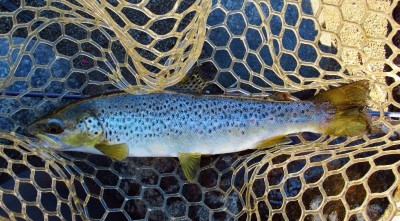 First trout of the morning.. 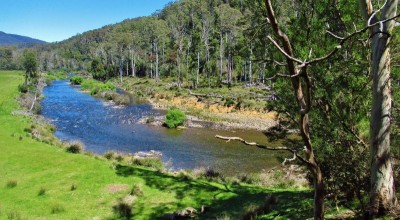 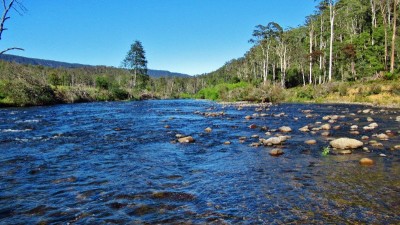 The start of the fast water I'm about to fish.

Using the cast and drift method in the first of the fast water drew the attention of a solid brown that had one go at the stone fly but missed the treble hook. As I moved a little further up another brown came at the spinner and took it full on, that fish was well hooked and stayed on long enough for me to ease it into the net. With two trout caught and released I was starting to think there may be a few more in the area for the taking on the Stone Fly spinner. I could see there was a nice flow running through a small side water to the right of me, one that I've caught a trout or two in before on previous trips so I headed over to it. The first cast up and to the right side of it I had a hit and miss from a reasonable size brown. A few casts later straight up the centre I had a trout take the spinner, this fish was well hooked and stayed on all the way to the net. A little further upstream I hooked and lost two more before picking up a beautiful 495 gram wild brown then lost two more before heading back to the main stream. Once I was back in the fast water and a after having several hits & misses I had another similar size brown take the spinner, this trout (470grams) also made it into the net after a good tussle. I couldn't help but think that these trout may have been stocked into the river not all that long ago as they're all around the same size, light in colour with very small red spots on them. To me they weren't like the normal darker coloured Mersey River browns that have stand out red spots on them, these trout were more like hatchery raised trout to me. Not only that, the small side water has never held that many trout of that size in all the years I've fished it. With the World Fly Fishing Championships starting in a couple of weeks I wonder if there has been some stocking done to lift the catch rate in this area seeing as Weegena is the main area on the Mersey they'll be fishing. 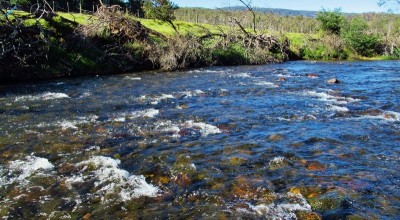 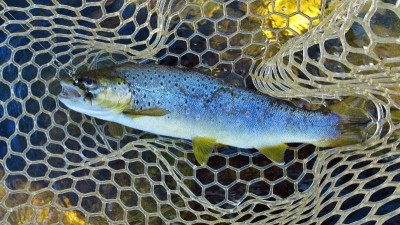 A trout taken on the cast & drift in fast water. 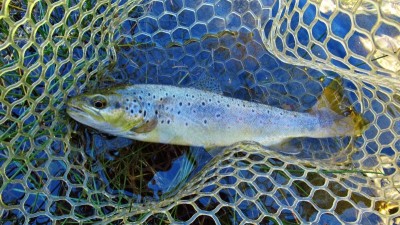 Five nice trout caught so far the spin session was rolling along a little better than I had expected given how clear the water was and the river was in full sun. While I continued working my way up the fast water casting the stone fly spinner close to the opposite river bank then slowly retrieving it as it drifted with the fast water I caught another two browns as well as hooking & losing a couple of nice browns. The fast water & small side water had given up seven trout which I was quite happy with, just a little disappointed with hooking and losing so many others. I had come to the end of the fast water, ahead of me was a long stretch of slow/medium flowing water and I knew it wasn't worth putting too much time into fishing it. I did have a few casts in the tail end of it where I picked up a small 310 gram brown & hooked and lost two other little ones. After bypassing the three hundred meter slow flowing stretch of water I was back into the fast water flicking the stone fly spinner around. After having a couple of follows and one light hit and miss I decided I'd try a small hard body lure I had sent to me several weeks ago. It was a small 40mm olive coloured one that did fairly well on the trout in the tannin water one day. After several cast & retrieves without a sign of a trout I was about to go back to the stone fly then thought I'd have a couple more casts with it. The second cast back into the same area I had previously fished a solid trout took it, two minutes later I had my ninth trout of the session in the net. 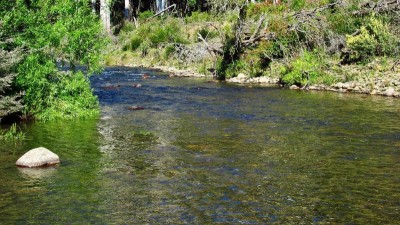 The side water that gave up a couple of nice browns.. 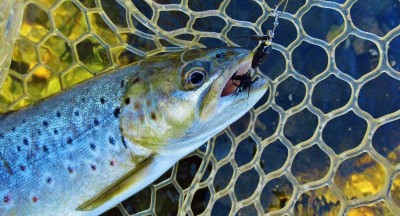 This solid brown fell to the Stone Fly spinner. 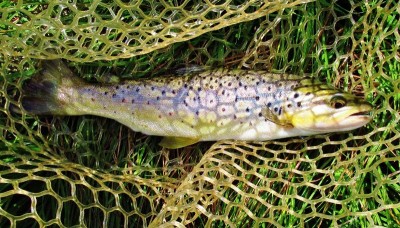 The best trout of the session..

With three shallow fast water runs ahead of me I went back to the stone fly bug spinner because the hard body would only bottom bounce and become fouled with algae if used. After having a couple of follows on the bug spinner and ten minutes later I had a small rainbow trout take the stone fly. That little 285 gram rainbow was only the second one I've caught this season in this river. They were quite common in the Mersey River but over the past few years they have really dropped in numbers. From here on all I could manage was a follow from a half interested trout, with the sun right overhead and after 3-1/2 hours of fishing this very rocky river my day was done. With nine browns & one rainbow trout caught was great, the only downside was the loss of so many trout. Had the conditions been overcast I feel the end result would have been much better. 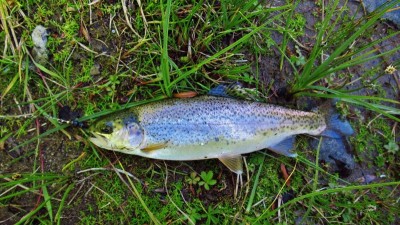 The one & only rainbow caught..

A good session Adrian... and looks like it was a marvelous day with blue skies and clear waters. Thanks for sharing.
Top

Thanks S-AU, it was a good session but still pretty ticked off with losing too many trout.. but that's trout fishing for you..

God damn you fish some amazing spots.
If nothing easy is worthwhile, LBG in Victoria is the most worthwhile thing of all time.

I'm very lucky that's for sure, this area is on private property and one I'm lucky enough to have gained permission to fish it for several years now..
Only problem now is that with the World Fly Fishing Championship's on this week (1st to 6th Dec) & this area has been allocated for the Championship.. Rivers Mersey & Meander have been closed to trout fishing for us since 24th November until the 7th December..Even areas of rivers that aren't being used in the WFFC are closed. A French fly fisher drew this (beat) stretch of water and came out on top yesterday with 18 trout being caught in gale force winds.. Today will be interesting here in Tassie with 90-100 kph plus winds forecast and snow down to 500/600 meters.. weather is going to be crappy all this week..
Anyone interested in checking out the World Fly Fishing Championships click on the following link: https://www.wffc2019.com/
https://www.ifs.tas.gov.au/the-rules/
cheers
Adrian
'' Mepps Spinfishing Guru Tasmania '' Tackle Tactics, Okuma, Mepps & Platypus lines Pro Team Member

Fly casting in 100km/h winds, that is really earning your money. Wow that would be challenging.
Top

Yesterday would have been 35-45 kph winds & snow in the Highlands, here's a couple of photos from yesterday of two fly fishing competitors and the handler who lands & measures the fish they catch. I haven't heard anything of today's event as yet, thought it may have been called off at one stage, checked the Web cams from two of the lagoons, no boats on Penstock but they were on Little Pine... One of them ( Italian) caught 18 trout in those conditions too yesterday.. 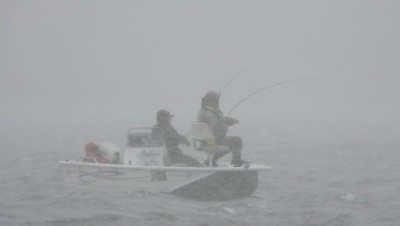 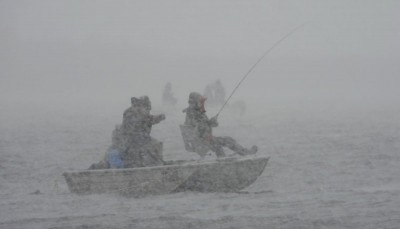 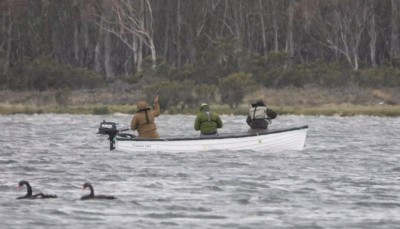 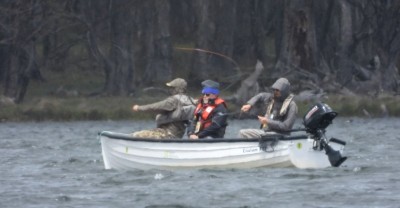 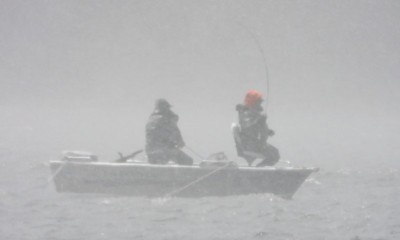 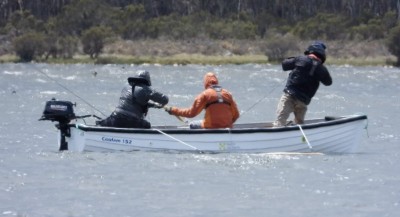