Started this session on the proven favourite of the white 2.5 jig, however the squid wouldn't touch it. My friend was using a more realistic pattern which worked, so swapped to that with the smooth cloth/silver foil, and we're on! 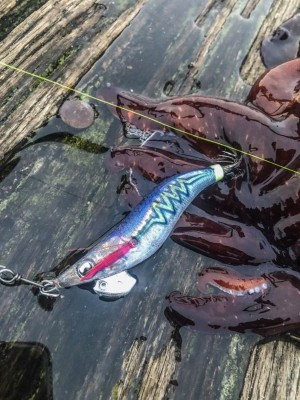 There were squid actively swimming around, but they were not aggressively hunting the jigs. As that bright orange sunset hit the water, everything changed. They just fired up.

Started with landing a smaller hood then on the recast my line started pulling tight, winding in slowly I could feel the weight but no pulses. It wasn't rock as they sink, this just sat there, then this solid cuttle appeared out of the depths. Two years fishing here, first cuttle ever. 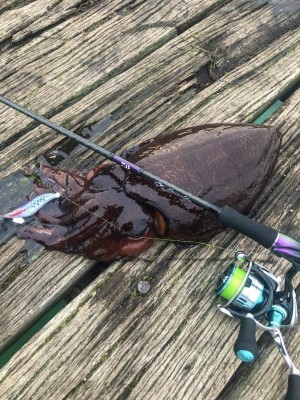 This marked the next half an hour of madness, huge numbers of squid and they had 2.5 jigs on the menu.
Just started smashing them, one after another! Eight! 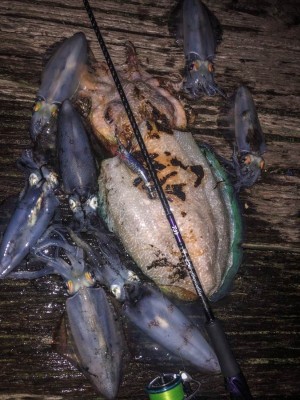 And thats bag! Nine squid, one cuttle. You can't knock a session like this. Ended up with my bag, friend caught his and easily over 35 squid landed in an hour. 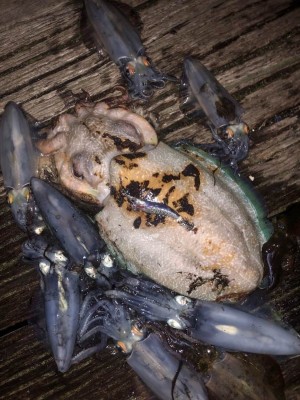 What a top session mate!
Doesn’t get much better than that squid slayer!
Nicely done

Have you tried the harimitsu jigs my mate has converted me I used to buy mainly yamashita. But lately my number 1 jig has been a harimitsu size 3 in gold foil it has out fished all other jigs by a long shot they are that good a bought the entire stock from a shop in Sydney when it came back in stock all my mates wanted one they were sick of me smashing them in numbers.
Top

I can't say I personally have Nude Up, but have definitely heard some great stories about them + mates vouching for them. I think you're spot on with the gold foil, I've found a similar colour to be highly successful towards sunset.
Amateur EGI Fisherman / Sponsors: Yamashita / Gomexus - Check out my Instagram:
https://www.instagram.com/fishingandrew/
Top
Post Reply
4 posts • Page 1 of 1