Decided to head bush for the weekend before the hoards from Melbourne got released. Headed up to Barham/Koondrook area then went downstream a few kilometres. I love this area and is usually fairly quiet, especially as you get further away from town. It is State Forrest so relaxed in regulations. There are plenty of large snags and laydowns to fish plus easy access to most areas. Only downside is that a lot of the river here has fairly steep mud cliffs up to 2m high which does make retrieving a catch tricky. Loooong handled net recommended for land based fishos.

I had the place pretty much to myself. Only saw 3 tinnies and 2 vehicles for the whole camp. 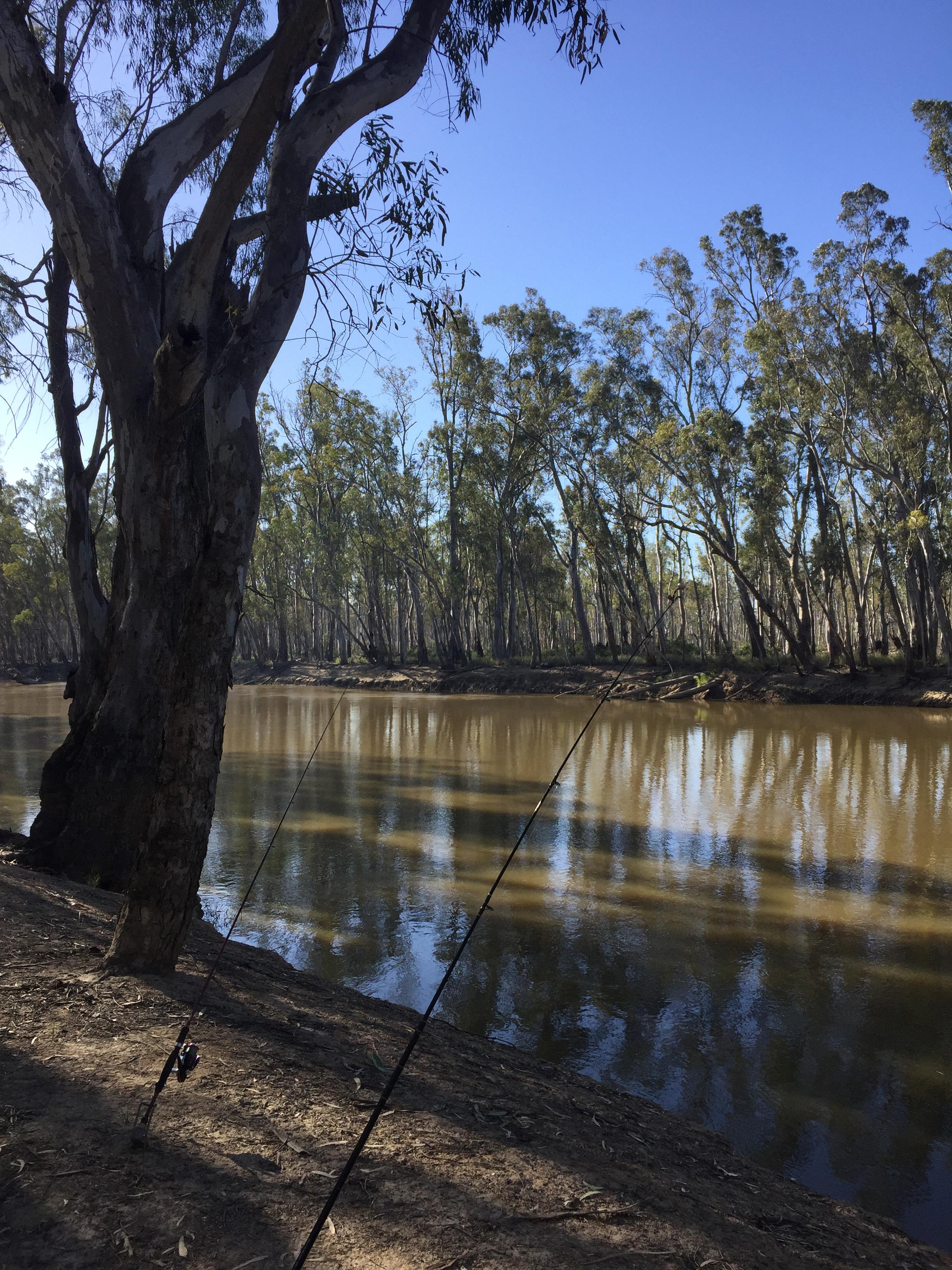 Fishing was the bonus. Main aim was a mental health weekend sitting in the bush breathing in a bit of wood smoke and just being quiet. 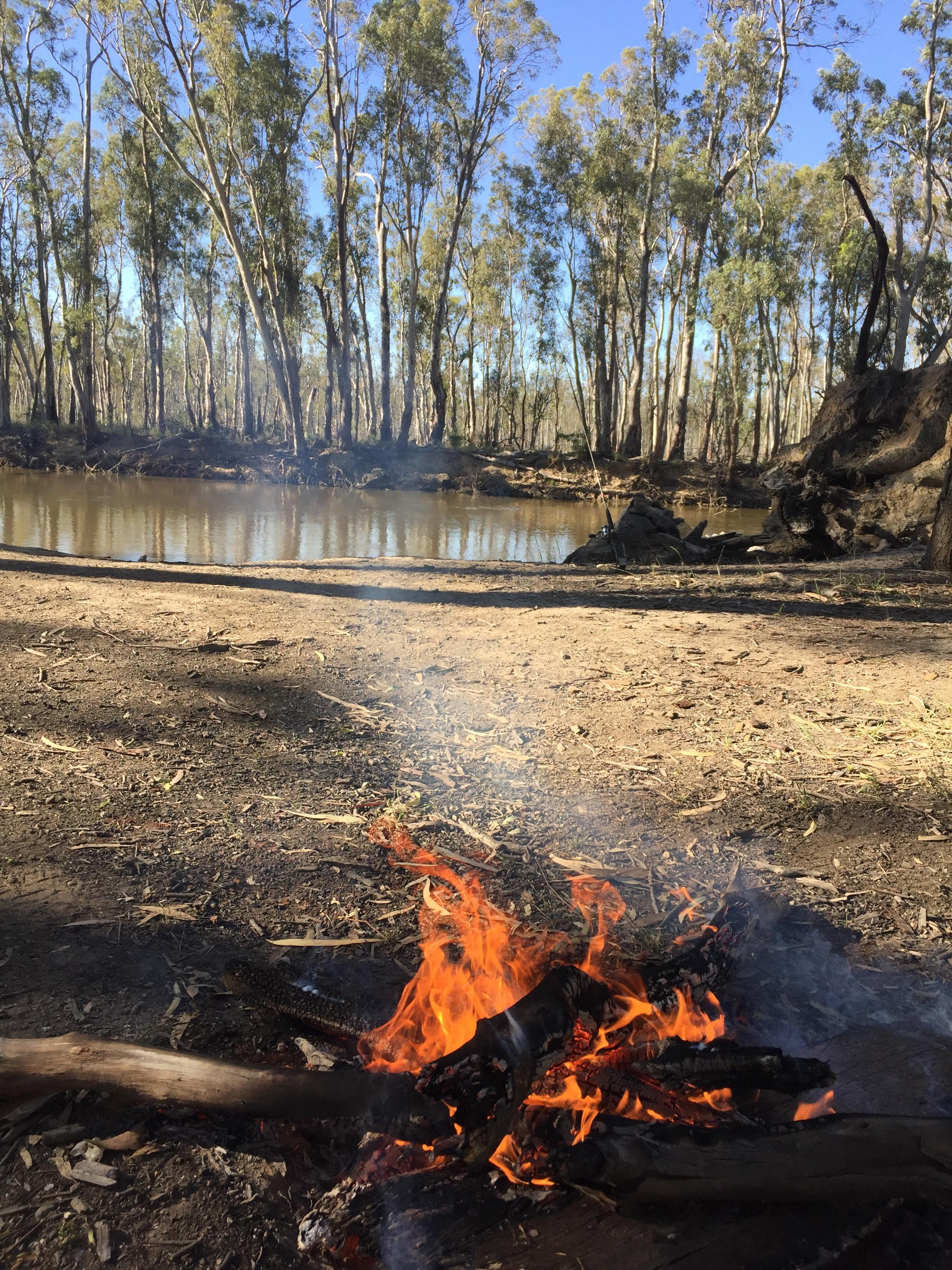 Anyway.....fishing. I didnt get many fish photos (sorry) but all up tally was around 20. This included 2 carp around 50cm, 2 yellas (one just legal went back and one around 48cm didnt), a dozen Silver Perch of various sizes, and two cod. The Silvers were quite annoying as they kept stealing baits.

First cod was around 15cm and took a 2/0 hook. Second cod was probably around 50cm but I didnt measure as I was more interested in getting it back into the water. 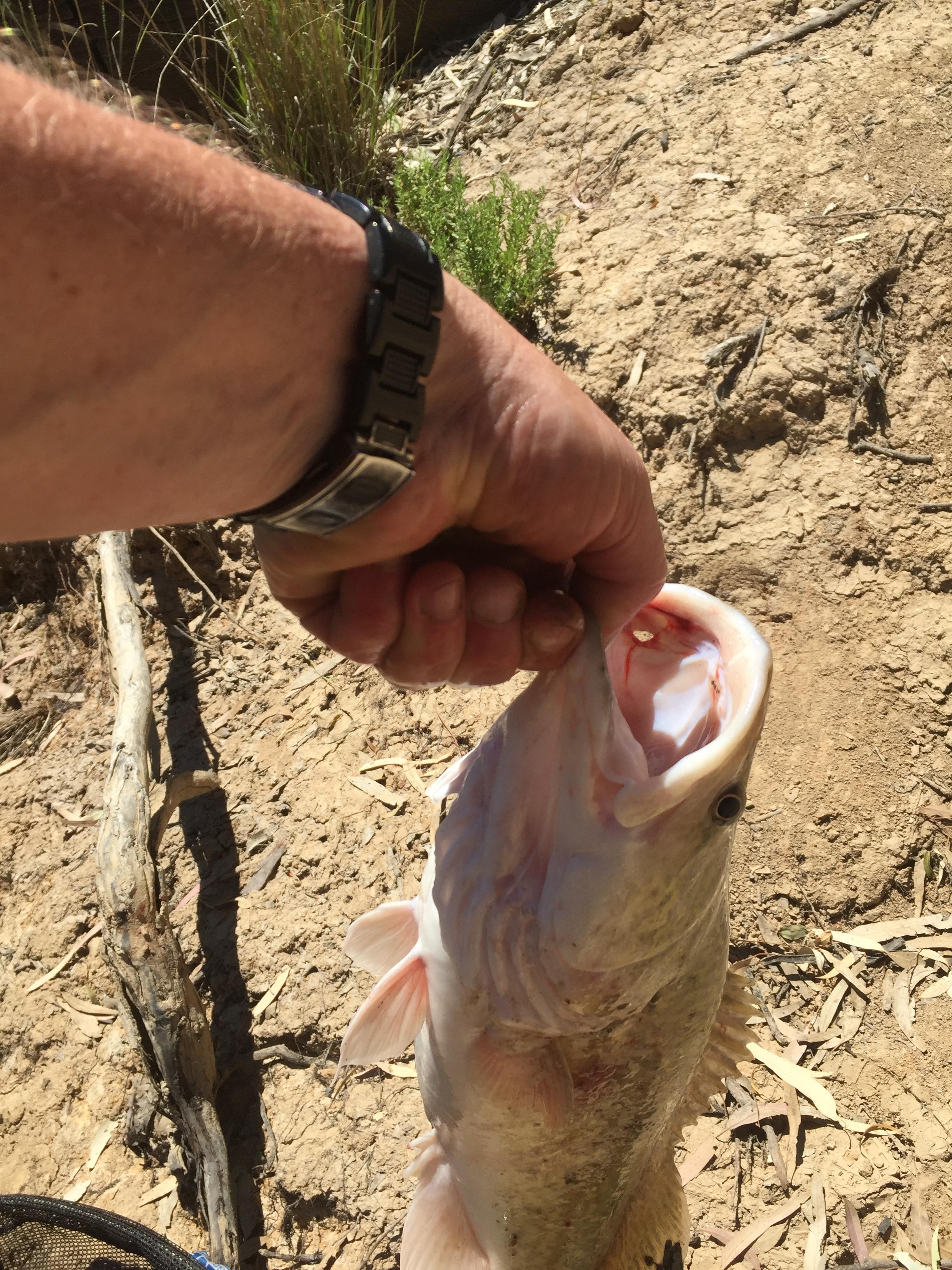 All fish taken on either scrub worms or shrimp or a combination of 2 shrimp back-to-back plus a worm. Last time I was here the shrimp were non existent. This time had plenty of shrimp in the nets which helped a lot as the Silvers were destroying my stock of scrub worms.

I will be heading back for the first weekend of cod season but that one wont be quiet camp. Few mates coming along with large eskys

Fishing was the bonus. Main aim was a mental health weekend sitting in the bush breathing in a bit of wood smoke and just being quiet.


You're not wrong there. Sounds like you had a great relaxing time

Another nice report mate, same question as the wimmera thread - what's the kayak launching access like there? Is it few and far between or do most campsites have a small section of sloping bank?
Top

happyfriggincamper wrote: ↑
Wed Nov 11, 2020 9:19 am
Another nice report mate, same question as the wimmera thread - what's the kayak launching access like there? Is it few and far between or do most campsites have a small section of sloping bank?

thank again
kayak launching is possible at plenty of spots but often not easy. Some camp areas would be downright nasty/dangerous. Also worth checking the Murray River live data site about flow as sometimes the current can be significant

Nice report mate.
Looks like a great place to sit back and enjoy a quiet fish and just relax and unwind

Great part of the world. Good time had by the looks of it.
Top
Post Reply
6 posts • Page 1 of 1