A bit of a belated report because I caught SFA and couldn't really be bothered initially, but since people are whinging about the lack of reports I figured I'll do a quick write-up.

After christmas I made the trip down to Portland for a few days of fishing from the yak, we had a window of reasonable wind conditions which made it worthwhile spending a few nights down there.

First day was just a chance to get the tent set up (first trip for the Taj Mahgoonbag), buy some stuff I forgot to pack (clearly didn't spend enough because the tackleshop were pretty unhelpful when I asked for a bit of info) and relax. The campsite is free and gets an absolute flogging by caravaners with loud generators, and people who apparently don't understand the concept of shitting *in* the bowl and not on the seat or the floor or the underside of the lid. I came prepared for the noise however (nothing could prepare you for the state of the dunny) and the combination of earplugs and sleeping pills made an early night possible and I was much fresher in the morning for a day of paddling.

Saturday was dead calm to begin with but got very blowy once I was out at the ships, I was slowed to a crawl paddling into it so I made my way in a bit closer in case it got worse and I had to bail. I picked up a squid in 20m and took it for a paddle once the wind dropped but couldn't find any takers. I bumped into Shane during the morning, he'd picked off a tuna in 10m on the way out but no such luck for me. The squid carked it so I needed a new bait, but all I got was a 50 or so cm salmon on my sabiki - a bit of fun getting it to the surface from 20m down but ultimately not what I was after. Later on there was a bit of bird activity out past the boats but it was just a school of salmon. I got a few casting slugs with a 15kg stickbait rod and lost a lot more, I think the rod is a bit stiff for when they start getting airborne.

Day one photos
The campsite 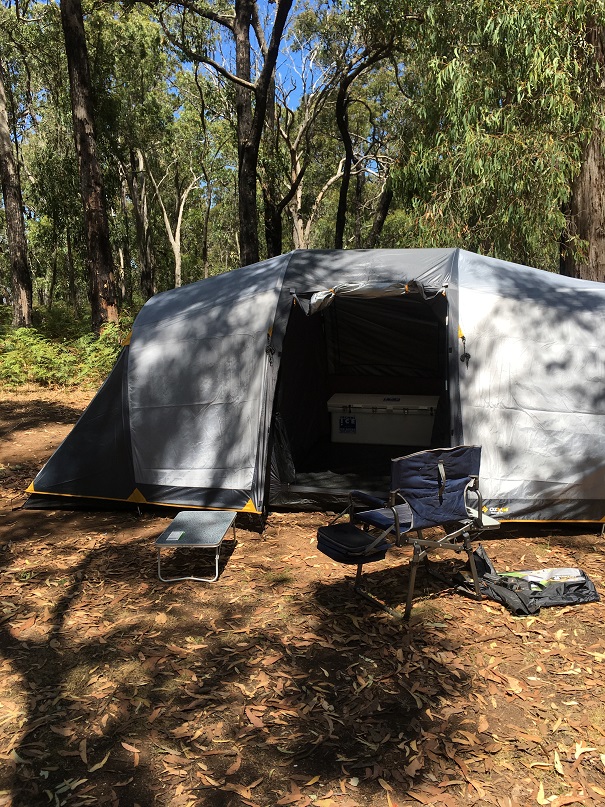 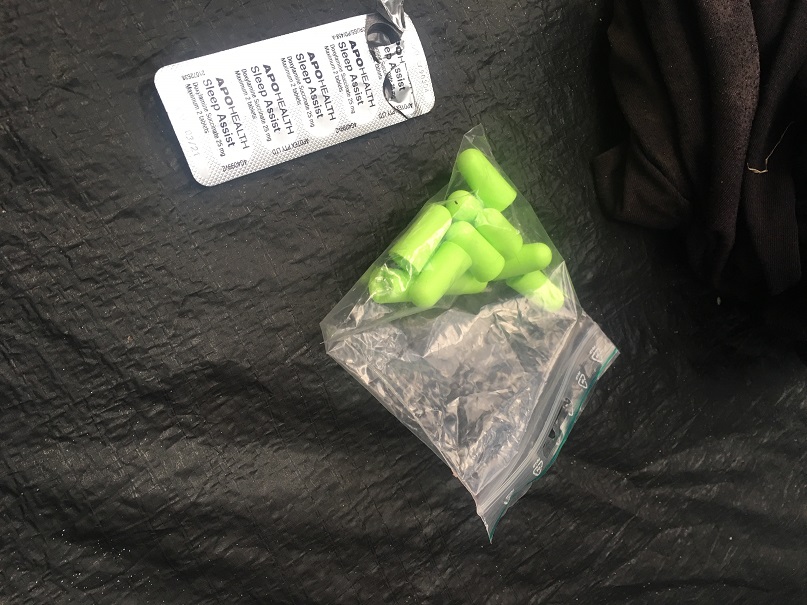 A bit lumpy out wide 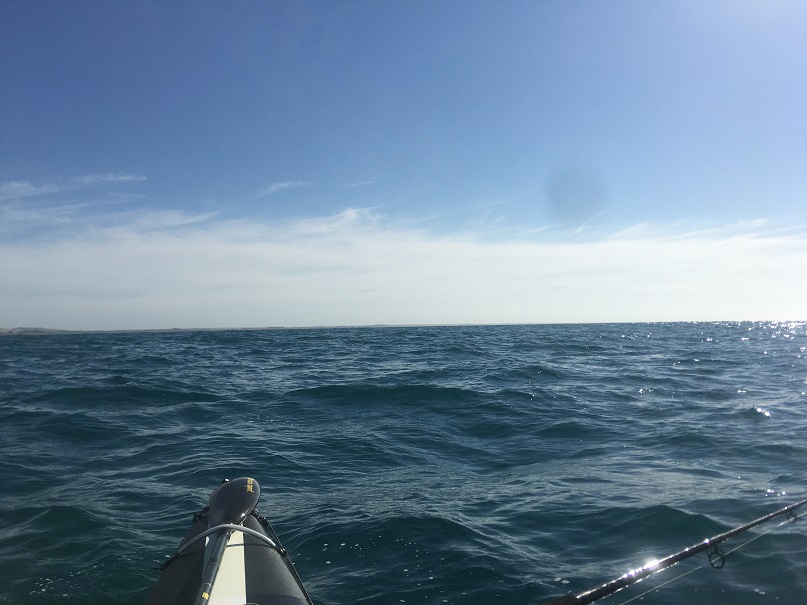 Trying out the knockoff gopro 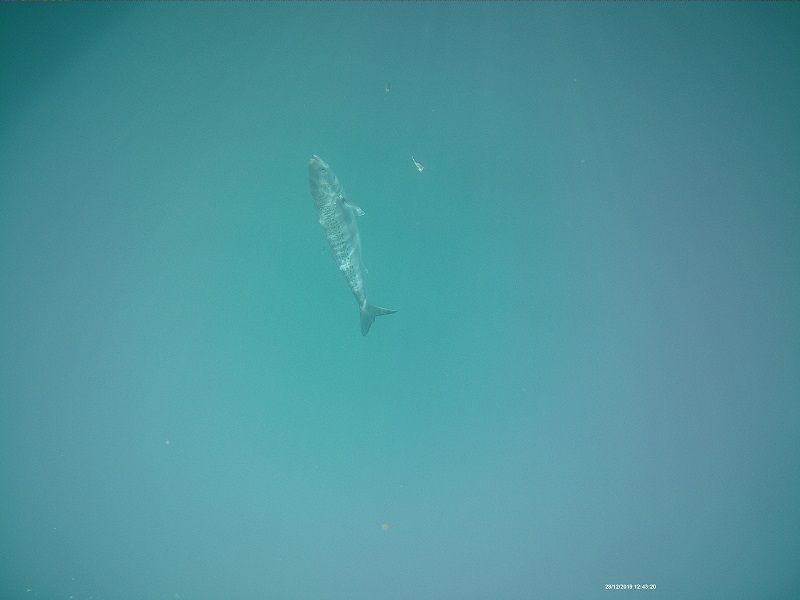 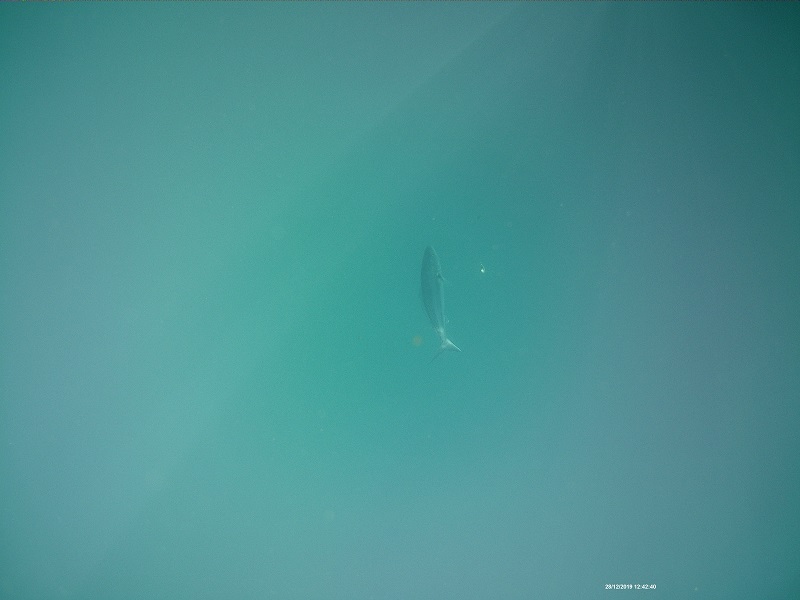 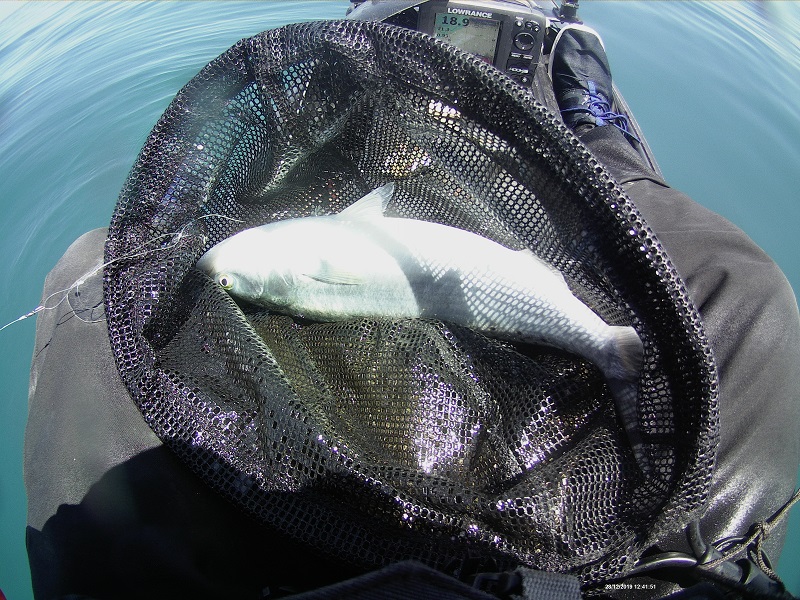 Shane in his AI 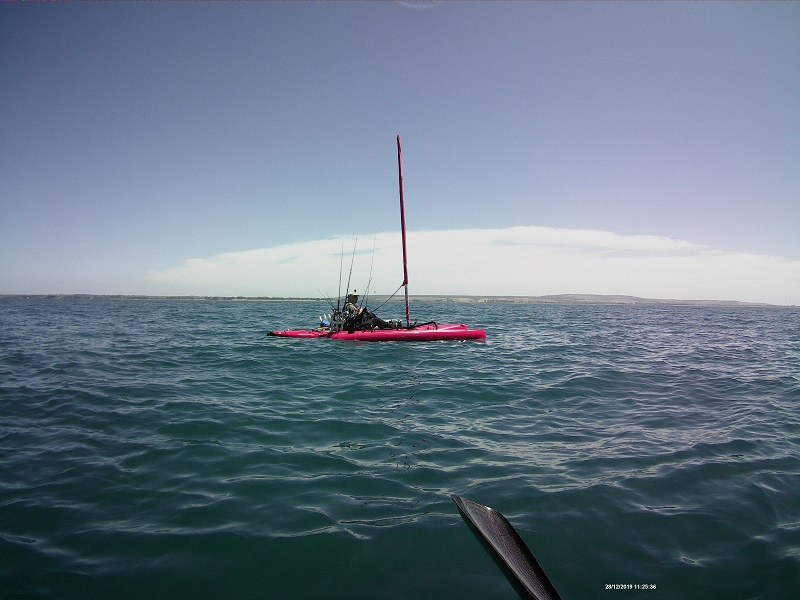 On Saturday we heard about a few kings getting caught landbased off the lee breakwall so we made the call to fish around there and under the water tower. It was tough going with the wind up a bit, but I was able to get a squid early on and took it for 4 laps of the area without seeing any sign of fish on the sounder and getting zero interest in the bait. After that I gave up and was back on dry land by midday. Shane got a bag of squid and went back to Melbourne with his tuna. 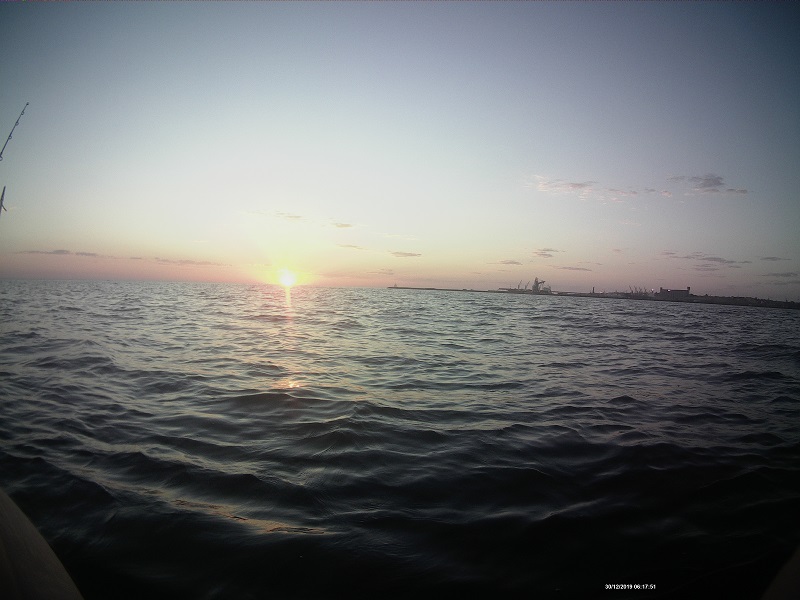 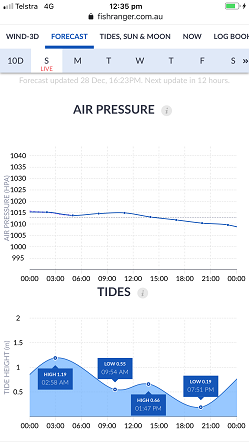 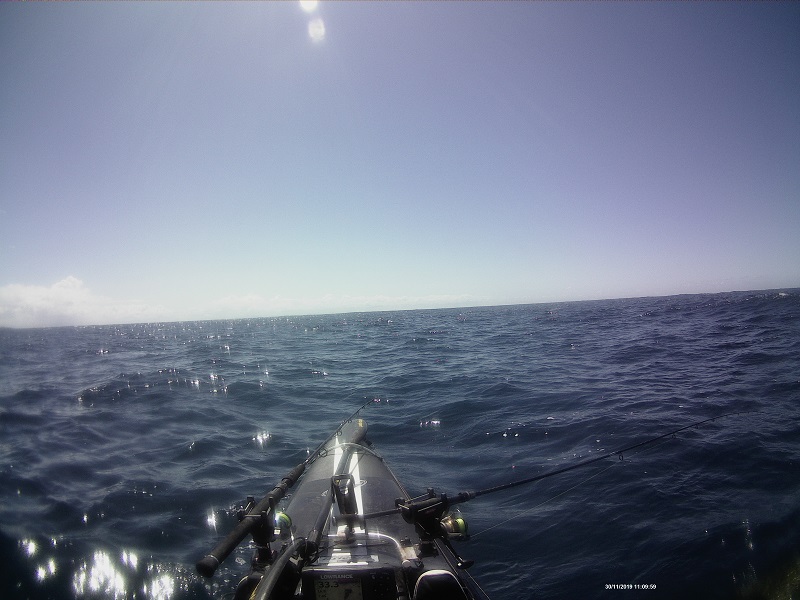 On Monday the conditions were forecast to be pretty unpleasant. A hot northerly was blowing and a few fires had started 20km or so away from Portland. Despite the distance I was pretty wary of them and checked the emergency app regularly because they can move pretty quick once the ind gets up. The trade off was hopefully the hot weather and the change in the weather would fire the fish up. As a precaution I packed most of my stuff in the car before heading out fishing so at least if the campsite went up in flames all I'd lose is the tent. Around midday the cool change with a strong westerly was forecast to come through which meant under the water tower was the only spot to offer any shelter. The day started well, what I thought was a huge lump of kelp on the squid jig started pulsing and after a prolonged tug of war up came a decent cuttle. Not sure I'll use one for bait again, the way it reached up with a couple of tentacles and grabbed the knife I used to brain spike it was far to human-like for my liking. However it was too late for that cuttle and it ended up in strips being trolled up and down the breakwall for several hours before the conditions got the better of me and I pulled the pin. 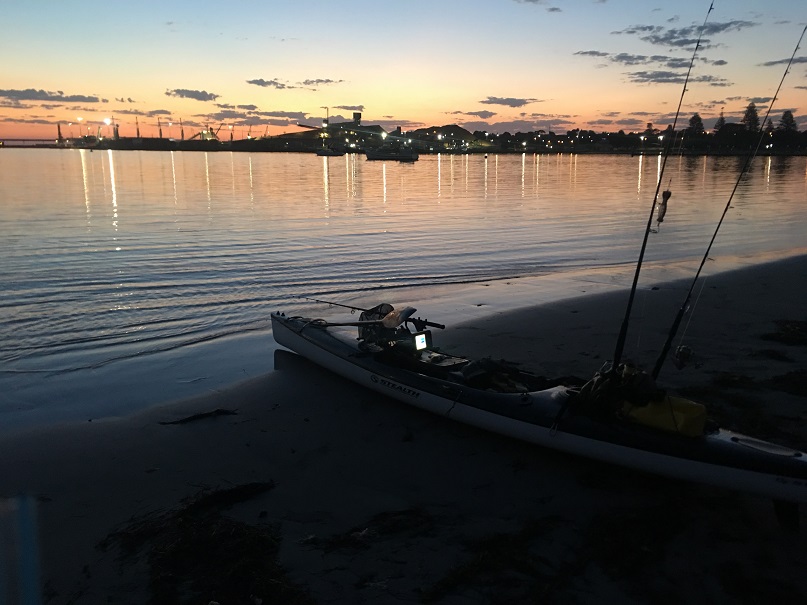 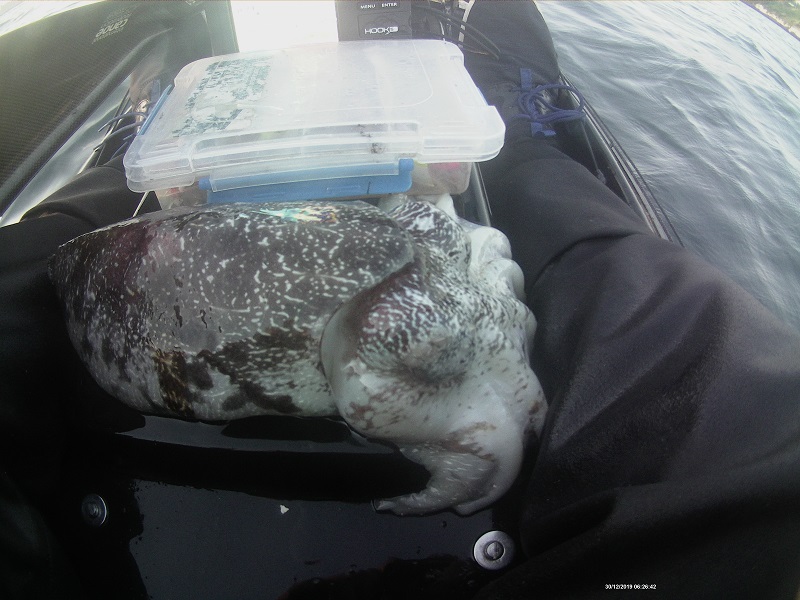 Some fairly average weather for yakking 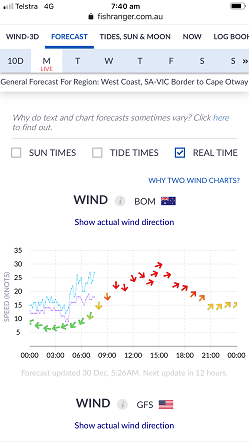 So the result was 3 days of paddling for a few salmon and some livies. Not the sort of return you want from a place with Portland's reputation, although with the water temps still low I was expecting it to be tough going. I was a bit surpised not to see any sign of kingfish, most other trips I've at least had a school buzz me even if they weren't taking any baits or lures.
2015/16 Fisting Victoria Species comp total: 289cm
Brown Trout: 37cm
Flathead: 51cm; Squid: 36cm; Australian Salmon: 51cm; Snapper 46cm; Silver Trevally 23cm; KGW: 45cm
Sponsor: Rim Master Tackle
Top
Remove these ads.

Keep at it the bream are sly little buggers, I'm sure you will get one eventually..
Small Fish Specialist

, I'm glad you left out the pics of the dunny

, cheers davo
It's an exhilarating feeling catching a fish
But it's an even better feeling releasing them
Top

Great write up and pics. Thank you for sharing
Top 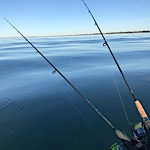 Great report, the rewards for your efforts will come soon no doubt. I’m hoping to get a few offshore sessions in before NSC2021, keen to catch a breambo myself.. I pictured the tussle between yourself and the cuttle to be like a typical movie scene knife struggle
Top
Remove these ads.

Nice report, and yea cuttles are to smart to kill and apprently there was a study that showed they can count pretty well unlike squid who are basicly stupid.
Top

, I'm glad you left out the pics of the dunny