Returned early from bermie due to some of the guys worried dan andrews would close the border and we would be trapped i could think of worse places to get isolated.
We had a few lay days due to high winds and the last day fishing finished at 1pm as the wind hit 20 knots for us the trigger to go in.
Early the current was running around 4 knots and the water was green but later in the trip the last 2 days the current slowed down and the marlin turned up although a bit shy on the bite.
We got no fish interested in the teasers but within an hour of the tide change each day seals would start feeding we would chase the seals and marlin were there behind the seals, we would pitch live baits the marlin would turn look then disappear all but one we hooked up and young Scott got his first marlin.
The next day same thing nothing on the teasers then the seals started feeding we trolled past the seals we had a hit on the skip bait we stopped but as we waited for the take the marlin appeared at the back of the boat I quickly grabbed the rod with the live bait in the slimy tube pitched it at the marlin it looked then turned away how frustrating.
Our mate Dave arrived in his 680 we could see the marlin close to his boat we shouted to him he pitched at it and bang he was on on spin gear a sarragossa 25000 I backed away to give him room and watch the show they fought it for 20 minutes but it eventually spat the hook. Speaking to the guy on the rod the sarragossa was doing it easy..

I had a few issues with my boat as I said earlier I lost a bearing buddy unfortunately mine are 50.2mm dia most trailers are 45mm big trailers 63 mms. Could I get one no chance I did have spares at home the misses mailed them to me but they were 52mm by now no chance of getting any shipped to me in time. Then a brainwave over a few beers I found a local engineer who turned the 52mm one down to 50.2 mm perfect fit.

I was impressed with my mates spares box he carries brake pads , grease, bearings, rollers , split pins etc I was so impressed I am starting one myself.

The other issue with my trailer it has dexter brake system and the hydraulic pump failed so I drove home allegedly with no brakes on my trailer.

I have enclosed a few photos of where we stayed the house backed on to the river which we fished several times i got a nice flat head and seeing a newbie with a 50 tiagra full harness fighting a massive stingray was hilarious. Oh well always next year. 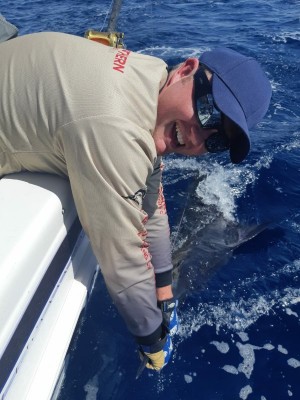 Well I thought you were dead with corona ffs

At least you got a fish from the sure fire,never miss,go straight there after flogging the **** spots for 12 hrs in 35 knots winds ,secret spot ,never missed a gummy
Top

Cheers mick. And to top things off I just got stood down from work due to the corona virus.
Top

Nice work mate. At least you got a good trip in before this virus stuff gets full on..

Also, sorry to hear about your job.