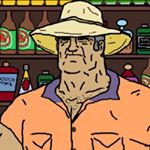 I was going through my camera roll and found a video from around mid january of this year of something i got as a by-catch while whiting fishing with my mates in shallow inlet, sandy point. I know its a toadie, but it was massive and nothing like I had seen before. We were consistently catching toadies throughout the day but this one was a different colour, and much, much bigger. I wear a size 10 shoe, which is roughly 25 centimetres, and this thing was easily as long as my foot, most likely longer. It felt like it weighed about two kilos, if not more, and took a lot of effort to haul in. It was so big that it was bending the hook in its mouth like it was copper wire. I could easily have fit three of my fingers in its mouth, and i have no doubt if i did, it would have chomped them clean off. It kept making gurgling noises and gnashing its beak together. I've caught many toadies in my time, but this is was a far cry from the tiny bait stealers that hang around the pylons at your local pier. Is this a different species, or just an old toadfish thats had the chance to grow to gargantuan proportions? 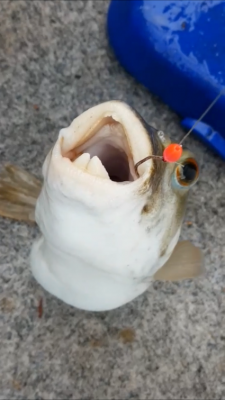 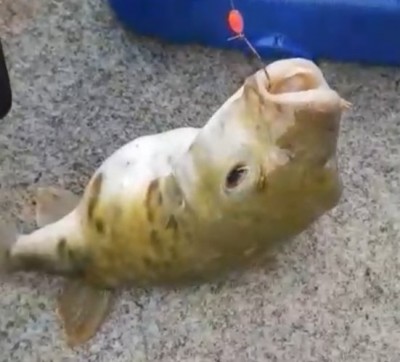 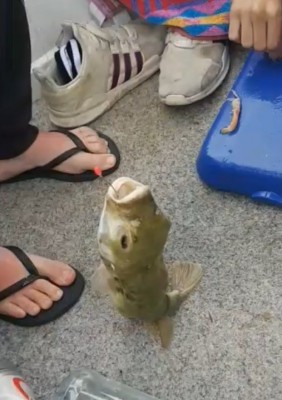 Catch these guys that size when out Whiting Fishing not unusual,these guys and Skates always hang around spots that Whiting are in.
Top

I have caught these a few times while out fishing for kgw and squid. Also seen them while out spear fishing for flounders/flatties. Like others have mentioned always around weed beds. All the ones I have seen have been quite large in size. A type of puffer fish for sure.
Top

Here in South Oz, we get those too on similar grounds. Definitely in the puffer family of sorts.

You Victorians can have them all back :tongue:
Top
Remove these ads.
Post Reply
6 posts • Page 1 of 1